More than a year after lawmakers passed new protections for tens of thousands of sick and disabled Texans, none of the major reforms have been implemented and patients are beginning to lose access to medical providers, according to advocates and a new lawsuit filed on behalf of several families.

The measures, cobbled together during a grueling 2019 legislative session, were intended to prevent private insurers from denying care to Medicaid patients with complex medical needs. Often, those patients require highly specialized services, are dependent on ventilators and feeding tubes, and may require around-the-clock care. 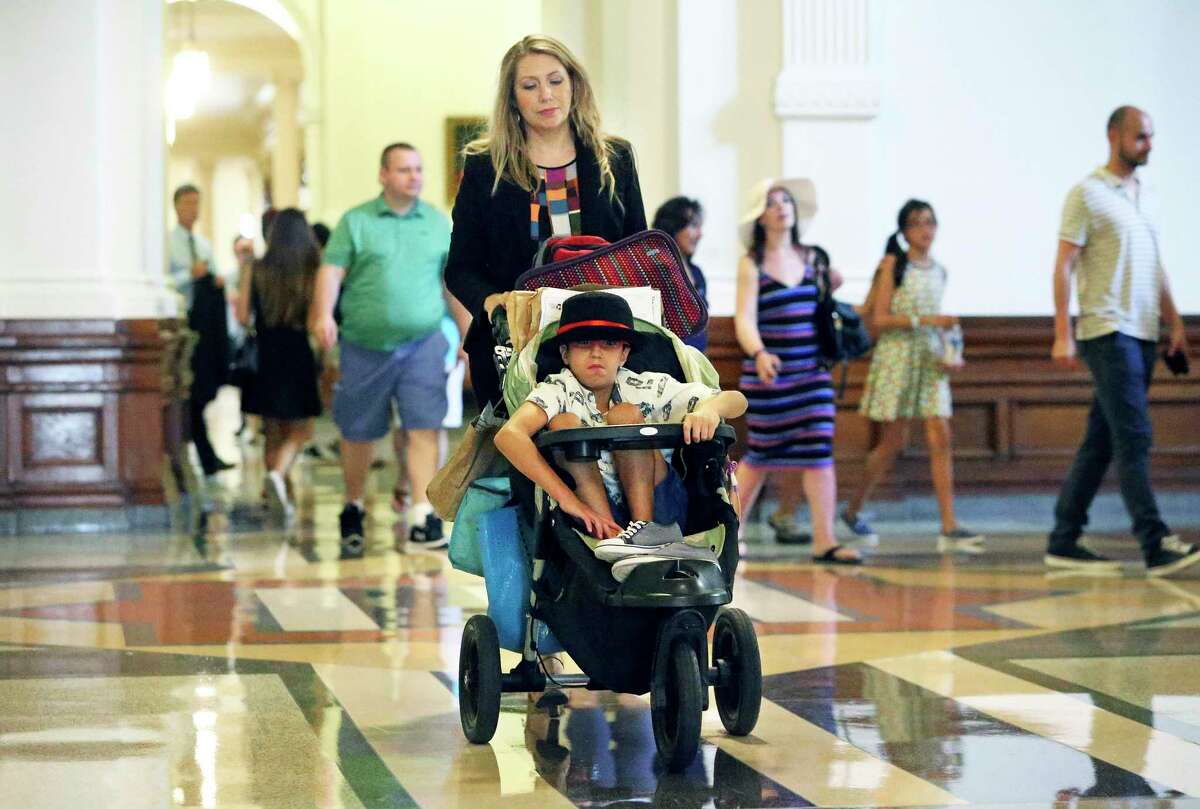 But the Health and Human Services Commission has yet to instruct insurers that operate within the state’s privatized system, known as Medicaid managed care, how to comply with the changes. Those include establishing an independent review process when treatment is denied and making sure that Medicaid enrollees with rare conditions retain access to their providers, many of whom are hard to find and spend years learning about a specific patient’s needs.

“It’s shocking to me that the state agency charged with protecting sick Texans is failing to put measures in place to protect and improve access to care for a vulnerable population, despite having direction from the Legislature to do so,” said Hannah Mehta, an advocate who heads Protect TX Fragile Kids.

Mehta said families are especially frustrated because the health agency helped craft the legislation and assured lawmakers that the measures would be quick, temporary placeholders while more long-term reforms were developed.

In June, the agency told a state advisory committee that it was nearly done drafting the changes and preparing to have them in place by Sept. 1, the start of the state’s fiscal year.

Elizabeth Tucker, who chairs the committee, said the agency had not followed up on the changes since.

“HHSC and the MCOs have no motivation to get those guidelines in existence,” Scott Nichols, a lawyer for the families, said during a virtual hearing Tuesday in Harris County. “Zero. And why would they, it’s going to cost them more money.”

The health agency declined to comment, citing the pending litigation. In a filing on behalf of the agency, the state attorney general’s office noted that lawmakers did not give the agency a deadline to implement the changes, and suggested that the process is being held up because of a need for federal review and to determine whether the agency has enough funding.

Moreover, both the agency and insurers argue that patients can’t sue until a rule is in place. A judge appears to have agreed, denying the families’ initial request for a restraining order while the case continues.

In 2015, the state moved about 160,000 medically fragile children into managed care, including Mehta’s son, who was born with several life-threatening conditions. Her story and others were documented in an investigation three years later by the Dallas Morning News, which found widespread failures in the managed care system, including poor oversight and a fraught appeals process that can block patients from critical treatments, sometimes with dire outcomes.

Several of the families that joined the lawsuit said they were informed after the legislation passed that their doctors, specialty pharmacists or medical equipment operators would no longer be reimbursed by their managed care insurer. Some relocated to other parts of the state in order to qualify for new insurers, only to find out after that those companies also were no longer reimbursing their medical providers. Others have tried to get new specialists but were turned down because of the complexity of their children’s condition.

“There are no options for several of these families,” said Zach Thomas, a lawyer representing the families.

Rep. Matt Krause, R-Fort Worth, helped sponsor the reforms last session and has been pressing the health agency to implement them, along with Sen. Charles Perry, R-Lubbock, and Rep. Tan Parker, R-Flower Mound.

“We wanted to make sure you could still stay with that specialist because they know your situation,” he said, describing the legislation’s intent.

Since March, the health agency has been focused heavily on the coronavirus pandemic. Anne Dunkelberg, a consumer advocate on the state Medicaid Managed Care Advisory Committee — which is separate from Tucker’s committee — said that may be contributing to the delay.

She said the agency does appear to be working on the reforms, and has even requested bids from companies that would perform the independent reviews of insurer denials. So far no one has applied, said Dunkelberg, who works for the left-leaning group Every Texan.

“I get the sense that the agency is really committed to the content of those bills and welcomes the authority to have more oversight,” she said. “But it is what it is, and we are not as far along as I’d like us to be.”